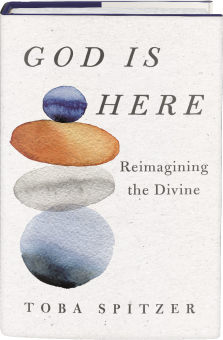 God Is Here
Most of us are hungry for a system of meaning to make sense of our lives, yet traditional religion too often leaves those seeking spiritual sustenance unsatisfied. Rabbi Toba Spitzer understands this problem firsthand, and knows that too often it is traditional ideas of the deity―he's too big, too impersonal, and too unbelievable―that get in the way. In God Is Here, Spitzer argues that whether we believe in God or fervently disbelieve, what we are actually disagreeing about is not God at all, but a metaphor of a Big Powerful Person that limits our understanding and our spiritual lives.

RABBI TOBA SPITZER is a popular teacher of courses on Judaism and economic justice, Reconstructionist Judaism, new approaches to thinking about God, and the practice of integrating Jewish spiritual and ethical teachings into daily life. She served as President of the Reconstructionist Rabbinical Association from 2007-2009, and was the first LGBTQ rabbi to head a national rabbinic organization. A longtime activist for Israeli- Palestinian peace and social justice causes in the U.S., she has also received the honor of being included in Newsweek’s Top 50 Rabbis in America list and The Forward’s list of 50 Female Rabbis Who Are Making A Difference. Since her ordination from the Reconstructionist Rabbinical College in 1997, Rabbi Spitzer has been the spiritual leader of Congregation Dorshei Tzedek in Newton, MA. She has a life goal of bowling in all 50 states (34 down so far!). 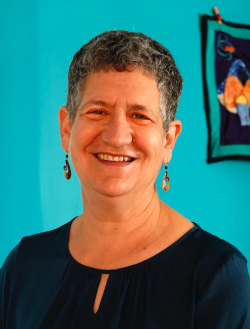